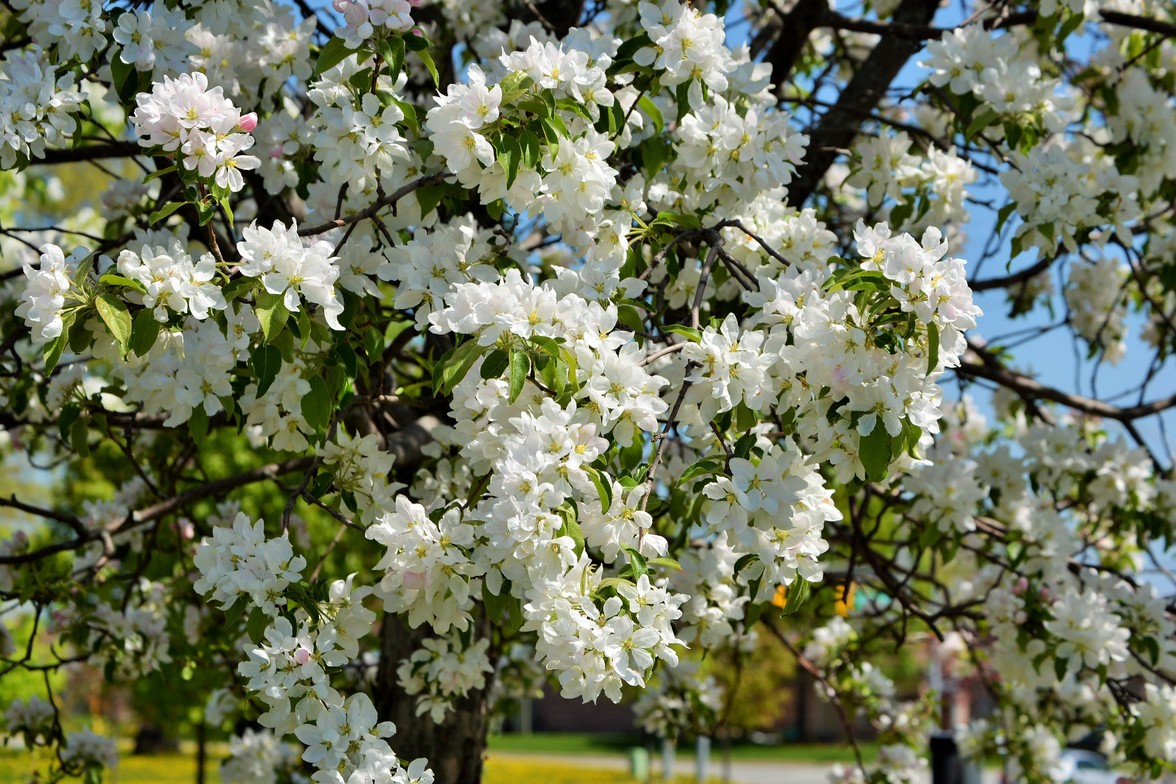 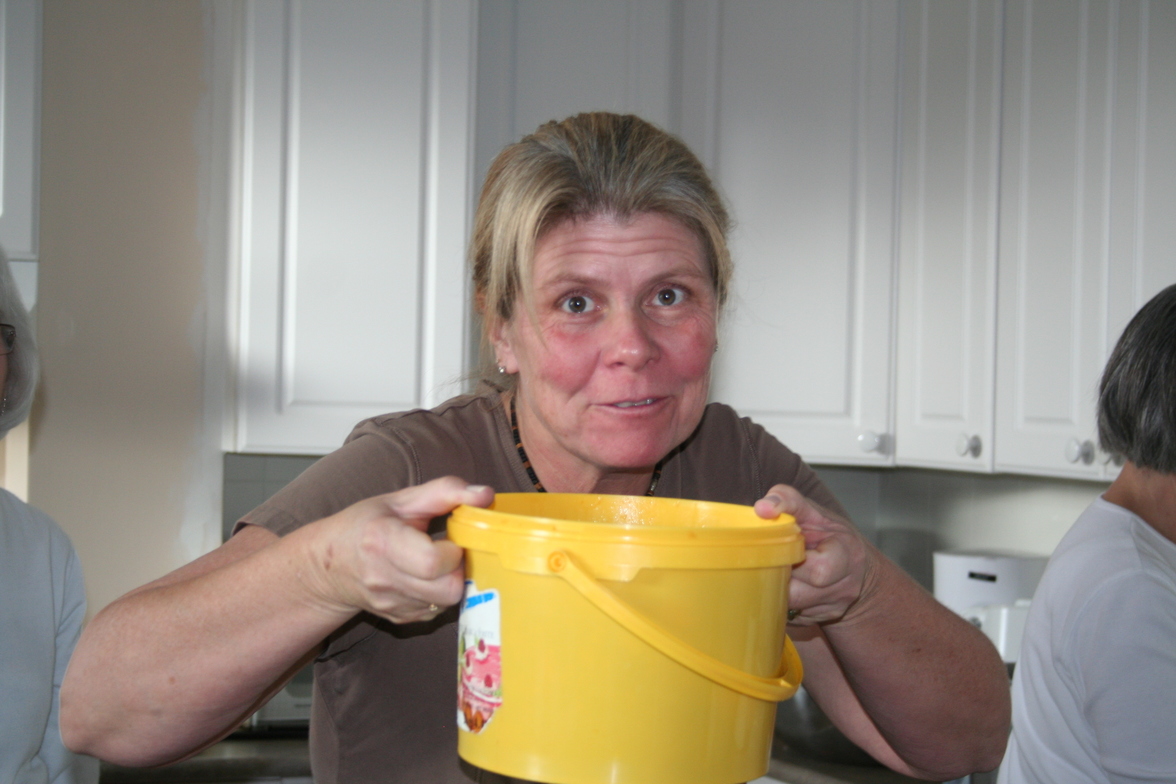 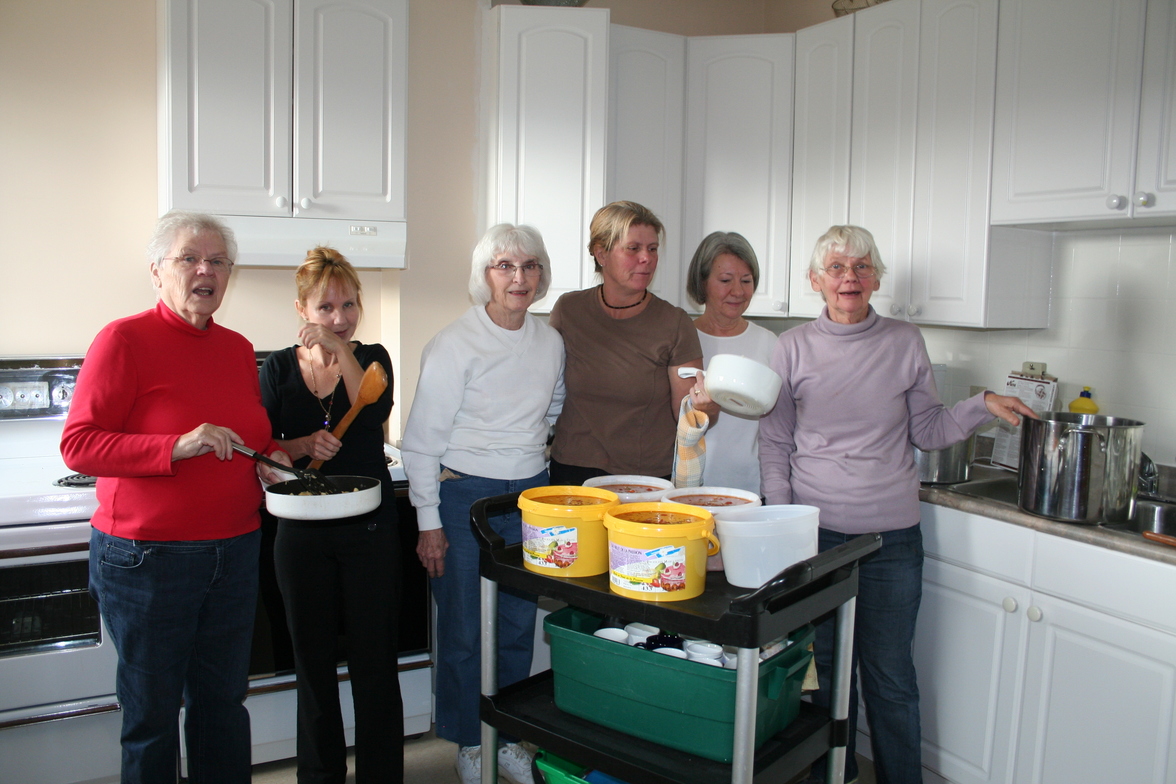 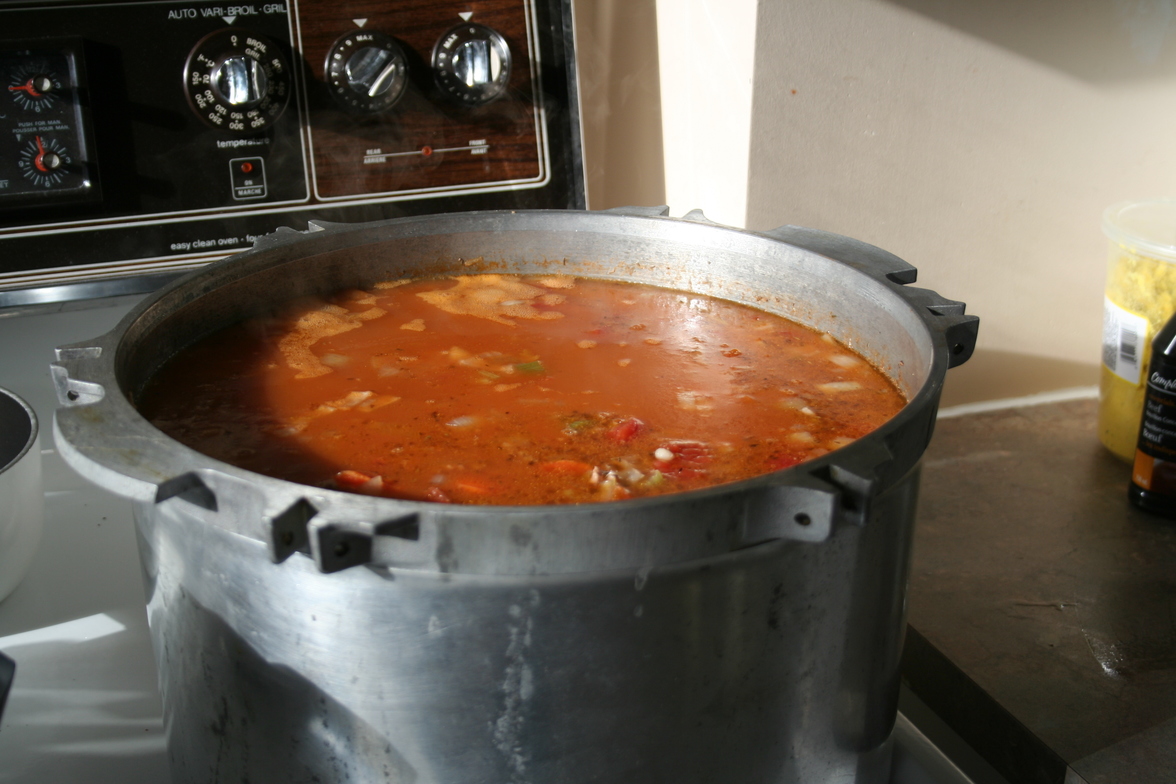 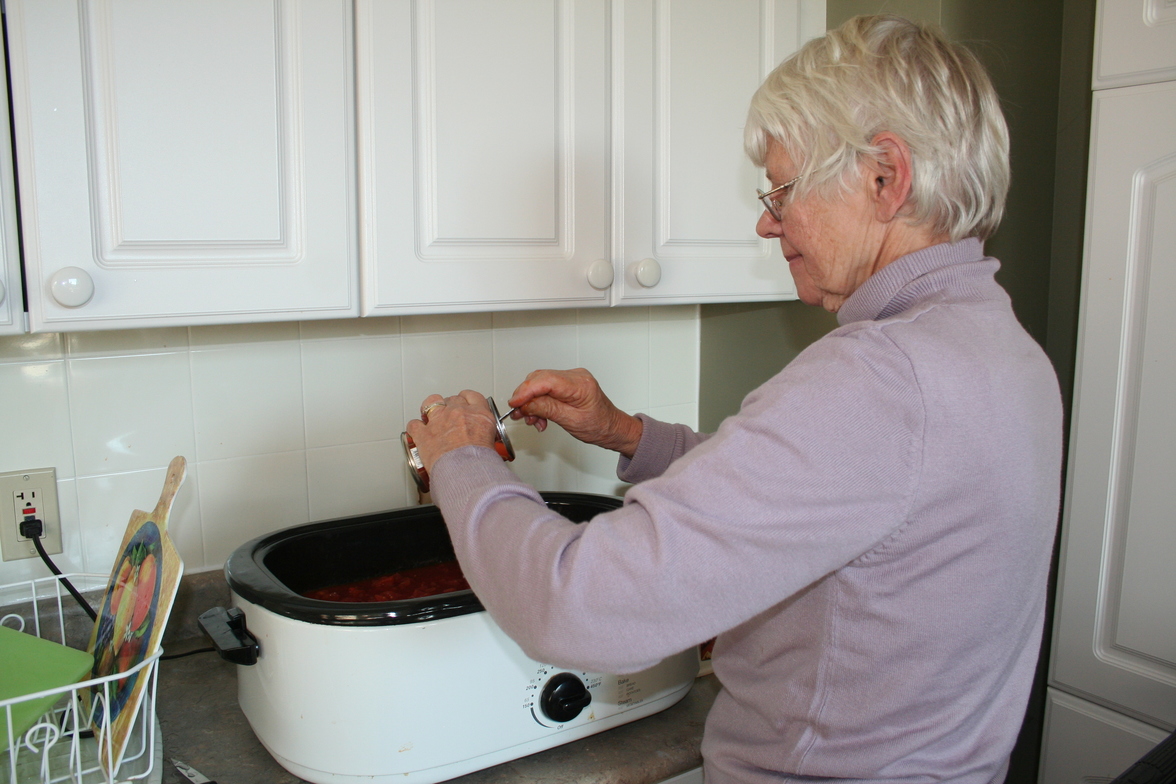 Westside is part of Barrie Food Bank's FOOD PANTRY program.  In the fall of 2021, our food pantry was built and installed.  Since then, it has become quite popular and often needs restocking.  Food items are donated by members of Westside and acquired from the Food Bank.

During first months of the pandemic, while we worshipped only through Zoom, our traditional Can in the Hand program was paused.  But people are still hungry in Barrie!

“Can in the Hand” started in 2011 when a congregational member had an idea to provide food supplies on a continual basis to the Food Bank and Woman’s and Children’s Shelter.  The concept was 1 item of non perishable food per family unit each week.  This has been very successful, with many 1000s of pounds of food distributed.  2019 saw 1010 lb of food and $489 cash to purchase food and supplies.

"Soup for the David Busby Centre"  This project has been running for many years.  Originally it was gallons of hearty soup made for Barrie's Out of the Cold program, where the homeless were given shelter at different churches.  When the David Busby Centre moved to its new location on Mulcaster St, a permanent shelter was included.  But food is still needed so members of Westside gather bi-monthly during the cold months to make many gallons of hearty soup.

Subscribe to receive email updates with the latest news.